Ajuy Caves. A Journey to the Centre of the Earth from Fuerteventura Delving into Ajuy Caves invites visitors to enjoy a Jurassic experience, a leap in time 70 million years back, a journey to the past that surpasses even the formation of Fuerteventura itself, which took place many centuries later. As if this were not enough, […] 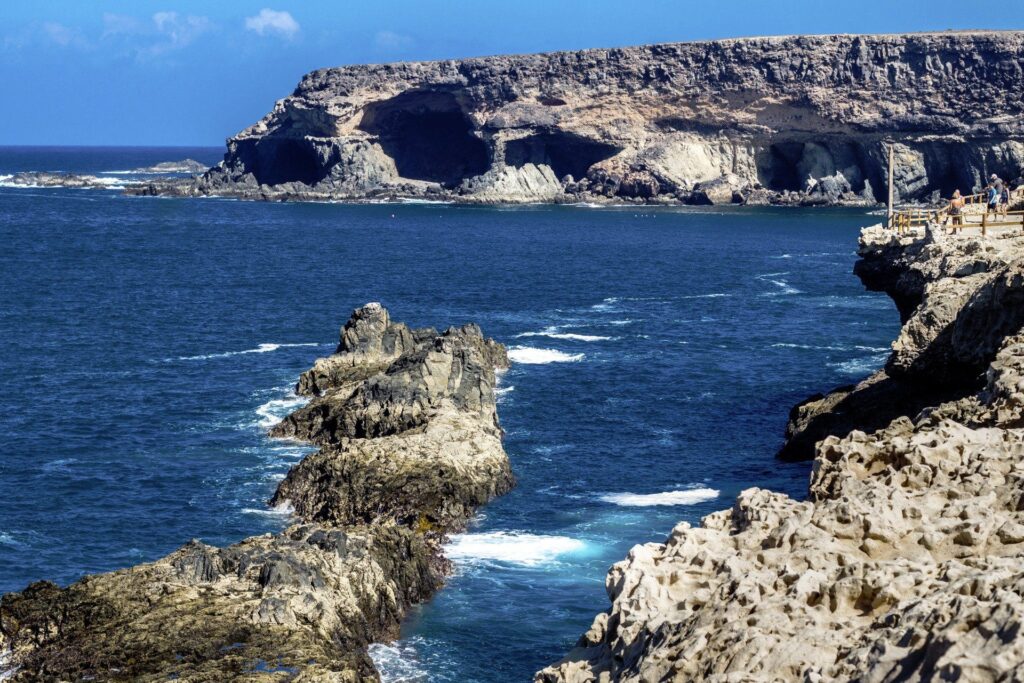 Ajuy Caves. A Journey to the Centre of the Earth from Fuerteventura

Delving into Ajuy Caves invites visitors to enjoy a Jurassic experience, a leap in time 70 million years back, a journey to the past that surpasses even the formation of Fuerteventura itself, which took place many centuries later. As if this were not enough, this Natural Monument is located near the town of the same name (Ajuy, Ajui or Ajuí, depending on the source), a small fishing village with restaurants, specialised in typical food and fresh fish, and also with a beautiful dark sand beach where you can watch a spectacular sunset.

Located in the municipality of Pájara, the village of Ajuy is easily accessible from the southern capital, and it is, as we’ll see, one of the best exponents of that alternative Fuerteventura, complementary to the sun and the beach.

The basal complex of Ajuy, the oldest rocks of the Canary Islands

If Fuerteventura as a whole is appreciated worldwide for its geological wealth, Ajuy Caves are an exceptional enclave in this scenery, as attested by its recognition as a Natural Monument. Visiting this space is free, and among its natural attractions we find a four-million-year-old fossilised beach, featuring sea-floor sediments, and especially the star monument, the basal complex emerged during the formation of the island. This set of rocks, the oldest in the Canary Islands, were formed in the abyssal sea-floor of the oceanic crust 70 million years ago, and surfaced much later during the geological formation of the island. Delving into this place is a captivating, almost mystical experience, as it makes the visitor watch the breaking sea under a structure of impressive basaltic rocks bathed in a chilling and ancestral greenish colour.

Fuerteventura is a paradise of geology, as indicated by its acknowledgement as one of the 150 most interesting places in the world in this scientific field by The International Geological Union. However, paradoxically, this aspect may be one of the least known of the island, although it is right there, in plain sight. In every cliff, every mountain, every ravine Fuerteventura offers, thanks to its semi-desert nature, devoid of vegetation, a breathtaking view of the volcanic processes that came about and led to the current appearance of this majorera land.

In the windward coast (the whole west side of the island) are some of the best places to observe these processes. Almost at every cliff it’s possible to see at a glance a fossilized beach, a magma track, the basal complex, a new fossil dune… a geological sandwich cooked over millions of years and presented with care for the observer to enjoy. Just slightly trained eyes and a little curiosity are necessary.

Welcome to the other Fuerteventura, the unknown and mysterious one. Enjoy it..